Hungarians are in the top 3% of the world when it comes to alcohol consumption. Heavy drinking leads to another serious issue: drunk driving. Heineken has been active for years to prevent drunk driving.

In 2019 they decided to make a breakthrough and Heineken collaborated with the popular rock band Intim Torna Illegál (ITI) and created an original song and video clip about excessive drinking and what it can cost you. The band made a music video featuring real police officers playing their instruments. The song featured special artists: the brass band of the Rapid Response and Special Police Service! For the closure of the campaign we joined an ITI concert, where ITI and the Police band performed the special song together!
The post about the music video got nearly 300x more views than the next best similarly advertised post on the Heineken Facebook page. Altogether almost 700.000 video views on Facebook. With the press release, we reached over 6 million people with 41 articles. The story was interesting enough to make it to the TV news!

According to the statistic of National Police HQ, the number of drunk driving accidents decreased by 9% in May-June 2019, compared to the same period last year - in which we hope to have played a part. 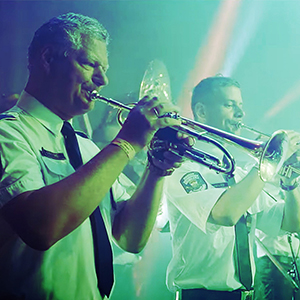 ← Back to Case Studies Meet Our Team View All Clients →